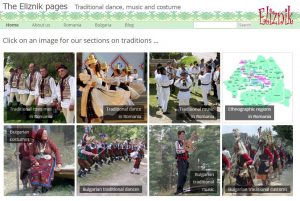 Please visit our other website on ethnography at eliznik.org.uk.

Head of dance research at the Institute of Folklore (Bucharest). Vera Proca-Ciortea (1915-2002) from Sibiu studied at the National Academy of Physical Education in Bucharest (1932-1936), then further in Berlin (1937-1938) and again in Germany (1962-1981). She was a lecturer at the Institute of Physical Education, a university professor at …read more 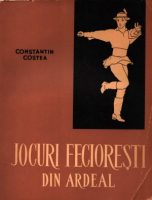 Dance researcher at the Institute of Folklore (Bucharest). Constantin Costea (1931–2002) from Bucharest was a dancer, choreographer and researcher. Between 1948 and 1959 he was a dancer, soloist and assistant ballet master at the C.F.R.Giulești Ensemble and a ballet master (folklorist choreographer) at the Institute of Folklore Bucharest from 1952. …read more 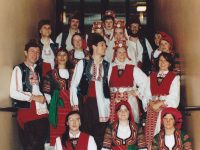 The “Balkan dance” scene emerged as a sub-scene of the recreational “international folk dance” scene in the post second world war period in the US, UK, Netherlands and other western European countries, as well as in Japan, Hong Kong, Australia and New Zealand. However the history of interest in dances …read more 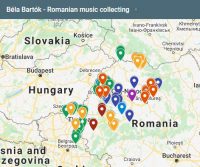 Béla Bartók collected numerous traditional melodies in villages throughout the old “Hungary” in his pursuit of the old layer of Hungarian song. In the years before WW1 he made visits to many Romanian villages in Transylvania and Banat with the purpose of collecting material as he found that in the …read more

The Hungarian Institute for Musicology in Budapest has a large collection of research films dating from the 1950s to the 1990s. Unlike most “state folklore research institutes” this institute can be visited in Budapest, the collection index is searchable online, and a sizable collection of films are digitised and some …read more 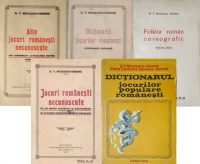 The Kruggel family can be traced in Lutheran parish records back tot he mid 18th century in the village of Gross Mausdorf, in the then Danzig region of Prussia. Complete family tree My first luck was that my grandfather drew out a family tree a long time ago which has …read more 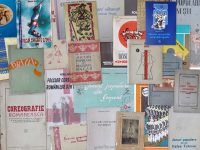 Over the past century more than 200 collections of national and traditional dances have been published in Romania. The table below includes all that I know about, however, there are more books, particularly those with small print runs and those that have been produced more recently. A few are authored …read more

This book is an edited collection of papers presented at the sixth biennial symposium of the ICTM Study Group on Music and Dance in Southeastern Europe that was held in the town of Sinj, Croatia in April 2018. The 24 papers, including two panels, are grouped under the headings of …read more

Anca Giurchescu (1930-2015), etnochoreologist and Romanian dance researcher, published numerous works in many languages during her career covering over six decades. This page lists the majority of her works in the table below. Anca published two books on her ethnographic research: 1. Folclor Coregraphic din Tara Vrancei, 1974, (co-author Constantin …read more

This is a list of the academic articles published following the symposia of the ICTM Study Group on ethnochoreology. Those who know us will know that we keep everything databased and indexed! We are not aware this reference information is available elsewhere, so I have posted our data files here. …read more

This is a list of the academic articles published following the symposia of the ICTM Study Group on Music and Dance in Southeastern Europe. Those who know us will know that we keep everything databased and indexed! We are not aware this reference information is available elsewhere, so I have …read more

This blog note explains the way I (as a partially competent musician) have rationalised the concept of ‘meter’ from the perspective of dancing (at which I am more competent). The problem to somehow mediate between a dance concept and the established de facto western classical musical understanding of ‘meter’. From …read more 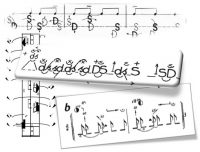 We have to think about why we are using notation and does it contribute to analysis. The wonder of the various mathematical notations is that they enable abstract logical deduction. Something that is not possible with say Roman numerals, written language or graphical dance notations. In the later there are …read more

At academic meetings the themes of ‘improvisation’ and the ‘individual’ are common, but what does this actually mean in the context of a chain dance? Here I summarise the three logical constructions that could be termed ‘improvisation’. First construction … non-Western music, in which one cannot really distinguish between improvisation …read more

Western classical works in music and dance are generally quite tightly fixed and rigid compositions, which can be notated, and are played or danced near identically every time. However, this is not typical of social dancing and many forms of music. … establish the rules according to which a dance …read more

Nick, as a scientist by training, profession and upbringing, has always taken an interest in dance structural analysis methodologies, where structure is the organisation and arrangement of the parts in a system of dancing. In participative dance genres the focus often is on the repetitive patterning and the relationships between …read more

This paper will examine the politics of representation and identity as portrayed through dance by the co-located ethnicities in the Banat region of Romania using three main parameters, the ‘representation’ that the dancing is portraying, the context in which the dancing takes place and the adaption of the dancing to …read more

During crazy week (the week in which lent commences) carnivalesque events, in various manifestations, take place in many villages in Banat. The commonalities between these events are that they focus around local music, dance and customs and only local people are involved. Although each event may be nominally organised by …read more

The celebration of the day of patron saint of the local church is a custom that is widespread among Christians in various parts of the world. In the plain and mountain areas of Romanian Banat this day is referred to as ruga (plural ruge), literally meaning to pray. These customary …read more

At Easter in 2013 we took part in a ‘fieldwork experience’ with the ‘ICTM Ethnochoreology sub study group for field research’ in the village of Svinița on the Danube Gorge in southern Banat. This trip was organised by our Serbian colleague, Selena Rakočević, from the Institute of Musicology in Belgrade, …read more

Carnivalesque events known as fășanc, fărșang or fășang, nunta cornilor take place in Banat during the week preceding the start of the pre-Easter fasting, postul mare, (the precise week depending on catholic or orthodox calendars). These events mark the transition between the end of the winter and the beginning (re-birth) …read more 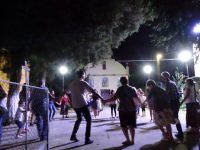 The annual celebration of the patron saint’s day for the local church is widespread. Within southeast Europe these celebrations mostly follow similar formats. These celebrations are known as ruga (plural ruge) in Banat, or in the Banat mountains also as nedeia (spelt in various ways). Ruge in Banat usually take …read more

This analysis is based on a comparison of my particular experience of two dance cultures-western classical dance training and participation in Romanian traditional dance. I discuss aspects of movement of the centre-of-mass based on a consideration of vertical and lateral movement in the context of very fast stepped dances that …read more

Possibly the second illegitimate son of a teenage mother, who a few years later marries just before a daughter is born. My grandfather documented the family information that he was a “Woolcomber”, location Normanton and his name is on the wedding certificate for his son Christopher Davy and Rosetta Beech. …read more

This chapter explores Romanian dancers’ participation in organized dance competitions, both within Romania and internationally, and investigates the informal competition that exists between the members of the Banat Romanian dance community. It includes three themes. The first traces a historical trajectory on the changing importance of performances of local, regional, …read more

The “Research” section of our personal website covers our published work in academic dance research (ethnography, anthropology and ethnochoreology) and our involvement in local dance practice. Please see our website at eliznik.org.uk for dance, costume, music and ethnography. You can find on us Academic.edu – Liz Mellish and Nick Green – …read more

This book is a collection of case studies written by authors who have a long term research interest in folk dance festivals as part of their overall research as dance ethnologists, ethnochoreologists or anthropologists. The chapters that follow draw on the authors’ research on the role of folk dance festivals …read more

This chapter discusses the relationship between local dance groups at festivals and sustaining local dancing in the community. Festivals in south east Europe traditionally include food, drink, music and dancing, and in Timișoara this format is used for many events from the village Saint’s day to the large international folk …read more

This chapter explores the question of what is considered as an (ideal) international folk dance festival by drawing from longitudinal ethnography among festival organisers in Romania, participants in international folk dance in festivals within Romania and Romanian participants in festivals elsewhere, as well as from archival and published sources. It …read more

The ‘Cultural Development of Folk Dance Festivals and the Sustainability of Tradition’ is a collection of case studies written by authors who have undertaken long term research on folk dance festivals, in many different locations, as part of their overall research as dance ethnologists, ethnochoreologists or anthropologists. All the authors …read more 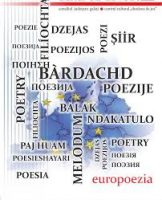 This paper considers perspectives from dancers within a particular genre of recreational dance known as “Balkan folk dance” in the UK. Through asking participants about their understanding of dancing I consider, firstly their preference to Bulgarian dances over Romanian dances, secondly their lack of relationship to Bulgarian dance groups in …read more

The UK “Balkan dance scene” is an urban based activity. Although it built on longer term connections between the UK and dances from the Balkan area, the majority of the participants were born and grew up in the “West” and have no genealogical connections to southeastern Europe. Drawing on anthropological …read more

What we ‘see’ in a dance depends on who we are, but is this reflected in how we analyse the visual recording? When such video data is of a social activity, then the ‘context’ and ‘people’ are frequently part of anthropology papers, but dance is also about the moving. We …read more

Twenty five years since the changes in regimes in southeastern Europe, local dance is still thriving and has even taken on a new vibrancy both within this area and among southeast European economic migrants. This paper evaluates these trends by focussing on two examples, recreational dance groups for adults in …read more

The Koprivshtitsa, National Festival of Bulgarian Folklore, has been held (around) every five years since 1965, and throughout its fifty-year history has drawn an ever-increasing audience of Bulgarian music and dance enthusiasts from all corners of the globe. This paper asks why many participants travel to this festival for every …read more

Dance, Field Research, and Intercultural Perspectives, edited by Selena Rakočević and Liz Mellish, is a result of joint field research carried out by members of the Sub-Study Group on Field Research Theory and Methods in the village of Svinita, Romania in May 2013. The field research and subsequent book wasbased …read more

The paper aims to situate the dance practices in contemporary Svinița (Serbian: Svinica) within the surrounding regions. During the short time the research group spent in Svinița, we attended and participated in two evening dance events. These events were in many ways typical of community festival occasions found across the …read more

This paper concentrates on the joc de pomană in Svinița that formed one of the focal points of the May 2013 fieldwork by the visiting researchers from the ICTM Sub-Study Group on Field Research Theory and Methods. My broader concern is with rituals for commemorating the dead that include dance …read more