Carnivalesque events known as fășanc, fărșang or fășang, nunta cornilor take place in Banat during the week preceding the start of the pre-Easter fasting, postul mare, (the precise week depending on catholic or orthodox calendars). These events mark the transition between the end of the winter and the beginning (re-birth) of spring and include formal organized and informal (somewhat disorganised) events, involving bawdy behaviour, masked characters visiting houses, “inverted” weddings, and mock funerals. The participants generally include many of the co-located ethnicities, although the organisers may be from one specific identity. 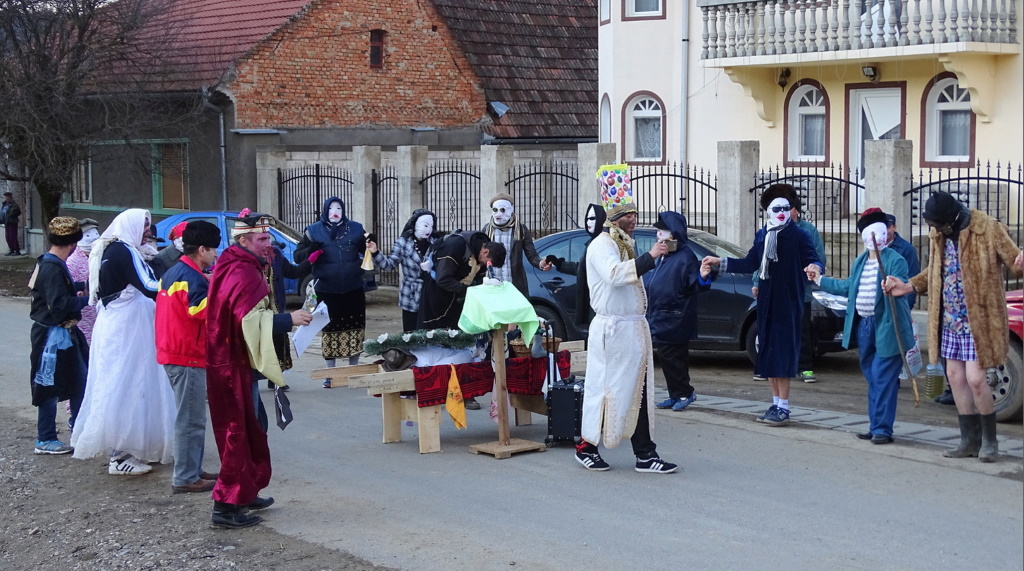 On the Banat plain fărșang events are mainly organised by the catholics – German, Hungarians and Bulgarians. These events are mostly formal indoor events and include an organised performance with satirical playlets, and a children’s mask or fancy dress competition, generally followed by a communal meal and social dancing. 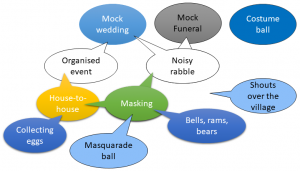 Each location has a bundle of customary elements

In southern Banat, in the ethnographic zones of the Caraș valley and the Danube Gorge, carnival events also known as fărșang are organised by both catholic and orthodox observers. These events include various masked characters visiting houses in the village and processions with mock weddings and funerals. In the upper-Timiș region masked characters also go from house to house. In these villages they are known as Babele (old ladies) or Berbecii (rams). In villages in the Almăj valley the pre-Lenten events include inverted weddings (nunta cornilor), masked processions and burial of the fărșang. All these daytime events are usually followed in the evening by an indoor masked ball , which may include a competition for the ‘best’ mask, and dancing by the masked revellers.

Green are known as fărșang, yellow are cornilor events, red and brown are the other traditions. 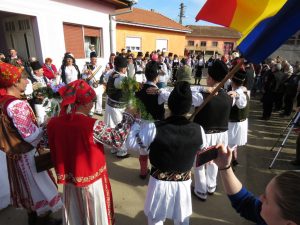 Our research into carnival events in Banat started in 2016 with colleagues from the ‘ICTM Ethnochoreology sub study group for field research’ when we visited the village of Bǎnia in the Almăj valley of the Banat mountains and Grebenac (Grebenaț) on Caraș valley in Serbian Banat (the latter in parallel to our research into cǎlușeri in Banat). During the following years we have attended a selection of local events during carnaval period (in Bǎnia, Moldova Noua, Goriua, Grebenaț, Eftimu Murgu etc.) We have supplemented our fieldwork with information from informal conversations with locals, local media reports, published literature and videos of events.